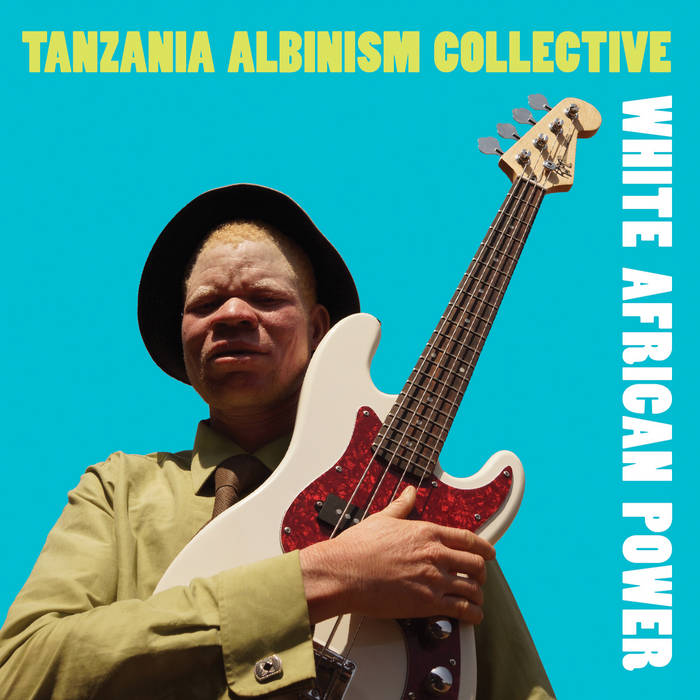 It is a sad and tragic fact that people living with Albinism (a genetic condition resulting in little or no pigmentation in the skin, hair and eyes) in East Africa are hunted and persecuted, based on the belief that their body parts can transmit magical powers & that they are in some way “demonic.” As a result, they have been killed and dismembered, constantly live in fear.

In 2016, producer Ian Brennan (best known for producing Tinariwen’s Grammy-winning album, Tasili, as well as Six Degrees’ critically lauded two Zomba Prison Project releases) traveled to Ukerewe, the largest inland island in Africa which can only be reached by an overpacked four-hour ferry ride. It is a place so remote that historically people often traveled there to abandon their children with albinism and now serves as a haven for many with the condition.

There, he worked with members of the Standing Voice community, who volunteered for songwriting workshops. Brennan encouraged them to write about their experiences and to express what they wanted others to understand about their existence. But even among the willing, singing-out proved hard within a group that routinely avoided eye contact, rarely spoke above a whisper, and were unaccustomed to dancing.

Upon arriving at the island, Brennan learned that the local community with albinism had not only never been asked to sing, but often were forbidden to, even in church. As appalling as that is, it should maybe not come as such a surprise given that among those parents that actually do choose to keep their children, some families still often force that child to eat outside and apart from their other siblings.

Once the music started flowing, not surprisingly, themes of loneliness emerged in the work— “I Am a Human Being,” “They Gossiped When I was Born,” “Life is Hard,”and “Who Can We Run To?” are just a few examples. Many lyrics were written in Kikirewe and Jeeta, both dialects which were officially discouraged and censored following unification of the country in 1964.

As with Brennan’s Zomba Prison Project releases, the Tanzania Albinism Collective offers a glimpse into music that comes from the heart and soul of a group of people, who up until now have been almost completely under represented and “unheard.” The resulting album is in turns beautiful, emotional, harrowing, fascinating and mostimportantly, completely “human.”

Those with Albinism in East Africa are often referred to as “White” by their oppressors, prompting the members of the Albinism Collective to take control of that message in an empowering, rather than denigrating way, hence the album title White African Power. Commenting on the title, producer Brennan states: "As one of the most persecuted groups on the planet, when a member of the albinism community in Tanzania - specially one who has been relocated by the government for his own physical protection - asserts his “power,” it should not be denied. And, if anyone has earned the right for the use of irony, it is those that have suffered such atrocities and ostracism from birth, yet still manage to endure."

Produced by Ian Brennan, the Tanzanian Albinism Collective offers a glimpse into music that comes from the heart and soul of a group of people,
who up until now have been almost completely under represented and “unheard.” The resulting album is in turns beautiful, emotional, harrowing, fascinating and most importantly, completely “human.” ... more

Bandcamp Daily  your guide to the world of Bandcamp

outré black metal, with a Victory Over the Sun interview and music from Liturgy and Jute Gyte.